Bigg Boss Telugu 2 is being hosted by actor Nani.

Bigg Boss Telugu 2 kick-started recently, and it seems that viewers are really impressed as the show has topped the TRP charts. This time, it is being hosted by actor Nani and it has opened with the rating of 15.03. TRP ratings are proof that viewers are finding the show interesting. In fact, contestants are leaving no stone unturned to make Bigg Boss Telugu a hit. In the latest episode, Sanjana Anne got evicted and Nandini Rai entered the house.
Last year, the show was hosted by Jr NTR and it emerged as a big success. This was probably the reason, makers came up with the second season. It indeed is a good start for the new season.  Now, it will be interesting to see what new twist and turns makers unfold to hold the audiences.
This time, Amit Tiwari, Deepthi Sunaina, Kaushal Manda, rapper Roll Rida and many other celebs have participated on the show. Lately, Nani’s name came into controversy when Sri Reddy alleged that she wasn’t allowed to participate on Bigg Boss Telugu after the instructions of Nani. The latter maintained a dignified silence for the longest time but recently he tweeted, “I am NOT going to join the filth by reacting. I am NOT going to give them what they want. Initiated legal action. Legal Notice has been dispatched for filing defamation cases.” 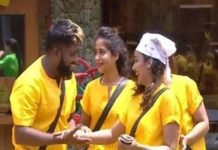 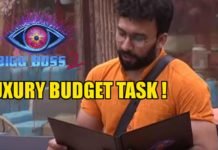