Buy For
Beware of
Verdict
The Moto Z2 Force is amazing smartphone which packs in all the features you would expect in a flagship handset. The strong combination of dual processors along with ample amount of RAM delivers flawless performance. You can run heavy games and apps for long hours without worrying about battery drainage, thanks to the fast charging feature. As far as photography and videography is concerned, both the cameras capture sharp high quality images and videos. In short, if you are looking for a fully-loaded smartphone, the Moto Z2 Force could be an excellent choice.
An outstanding smartphone
Display and Configuration
The Moto Z2 Force features a 5.5-inch Super AMOLED display which carries a screen resolution of 1,440 x 2,560 pixels. In order to run the phone, there are two Kryo 280 quad-core processors (2.35GHz + 1.9GHz) aided by 4GB of RAM. For great visualisation, there is Adreno 540 graphics engine present. The handset comes with a shatterproof screen, has a front fingerprint sensor and boots on Android v7.1 (Nougat) operating system.
Storage and Camera
In terms of storage, the Moto Z2 Force houses an internal memory 64GB which is expandable up to 2TB using a microSD card. A brilliant dual camera setup (12MP + 12MP) at the back captures amazing shots. It supports 4k video recording and features AF Phase Detection, Auto Flash, Auto Focus, Continuos Shooting, Exposure compensation, Face detection, Geo tagging, High Dynamic Range mode (HDR), ISO control, Laser AF,Self-timer, Touch to focus and White balance presets. The selfie shooter has a resolution of 5MP, inclusive of Dual-ColorLED flash placed at the right side. The camera captures mesmerising images even in low light condition.
Battery and Connectivity
The smartphone is fuelled by a li-ion battery with fast turbo charging. According to the company, the quick charging feature can give up to 15 hours of battery life with only 15 minutes of charging. The Moto Z2 Force supports a wide range of connectivity options such as dual SIM, 4G, 3G, 2G, Wi-Fi, Bluetooth, GPS, NFC and USB Type C. 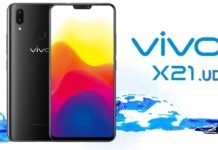 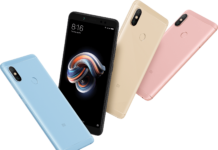